Having successfully set up and launched the Fox Life channel, broadcast on the Sky Italia platform in Italy, Fox Channels Italy wanted to make more use of its media and equipment assets to set up two Fox channels in Athens, Greece. As with the Italian channels, the Greek channels needed to have a local look with their own Greek branding and commercials. Normally this would mean adding this material on site in Greece or using fibre or satellite video links to send it to the site. Both would add considerably to the cost of running the channels while much of the required equipment and personnel to supply and schedule the content was already on site in Italy. So the plan was made to place a totally automated playout facility in Athens that would be supplied, operated, monitored and maintained from Fox’s Rome broadcast centre. 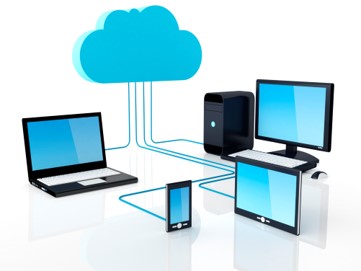 Playout in the Cloud
PlayBox Technology became involved in the project and supplied a turnkey solution to meet the Fox requirements economically and in a way and that could be widely applied. It resulted in a remote automated playout solution nicknamed ‘FoxBox’ – signifying the contributions of both companies in this work. Julio Sobral, SVP Head of Operations Fox International Channels comments, “We have countries where playout and satellite would not justify a dedicated feed with local promos and commercials. FoxBox helps us maximise the usage of our content by decreasing the distribution cost and allowing us to reach new smaller markets in Europe with localised channels.”

Although IT-based equipment is extensively used, completing this project required a deep understanding of IT and broadcast engineering, and making the best use of both technologies, as appropriate. Mauro Panella, Director of Broadcast Operations and IT at Fox said, “The idea of this project is to have IT people working in the broadcast environment and vice versa. This solution gave us the opportunity of doing that and it is located in the server room, not the machine room. But this is the best place to store all the file-based material.”

Significantly, the link between the Athens and Rome sites is totally via public internet and does not make use of the usual video links. This meets the needs of the project and saves on operating costs. The automated remote package comprises PlayBox servers, internet connections and firewalls as well as a host of additional equipment to keep the station running reliably. This amounts to 14 RU of equipment for a single and 16RU for a dual on-air channel.

All operations for the Athens channels, Fox Life and Fox Life +1, take place at the Rome site and revolve around working with the existing Fox facilities. These include Pilat Media’s IBMS (Integrated Broadcast Management System) for traffic management and creating the schedules, and the MAM and Ingest Manager from Gorilla Science & Technology. Maurizio Raffaeli is the DAM Supervisor. “Our operation involves ingest from BetaCam to create media files in hi res for editing and transcoding, and low res for proxy browsing. Also we are responsible for all the transcoding using Telestream Flip Factory; so we can accept anything and send anything. Although we are involved with FoxBox it has not involved extra facilities for us.”

Schedules created in IBMS for Athens are converted to the PlayBox Technology PLY playlist format and sent to the remote PlayBox AirBox playout servers which then request any missing media indicated in the schedule from the existing MAM /storage in Rome. As this was initially set up for local Italian transmission most video files are relatively large and not ideal for large-scale internet distribution. In these cases the files are automatically transcoded via Flip Factory and transferred via internet to Athens for remote playout.  If the files already exist in the chosen internet distribution format, they are immediately transferred.

The FoxBox project provides locally branded playout with local commercials. The commercials break into two types: worldwide, that Fox already has access to, and local. The latter can be created and ingested on a PlayBox CaptureBox locally in Athens and sent to Fox in Rome via the internet link, for quality checking and inclusion into the Athens ‘local’ programming.

The remote operation is extensively protected against loss of data and on-air transmission. This starts with the data transfer from Rome. Fox has already worked with Signiant Digital Transfer Manager and so is well able to deliver data over less than perfect data links, insuring the correct delivery over the internet that is essential to the success of this project. Although Signiant is highly reliable, two identical versions of the media are transferred to main and backup AirBox playout servers at the Remote Playout Centre. If any inaccuracy in the transfer of one of the files was not flagged by Signiant, the data should still be OK on the other server. There is a considerable automated procedure in place to check the data has arrived that will request a resend, if required.

The remote equipment for one TV channel includes two AirBox servers to provide fully backed-up redundant playout. Each server also includes TitleBox for animated logos or more advanced interactive graphics and CG. TitleBox is scheduled in the traffic system and many different projects and templates can be created using TitleBox preparation and sent to the AirBox / TitleBox server to be used in playout.

Many of the glue products are from Crystal Vision and include Smart Switch that monitors the output of the two AirBoxes and can switch over if the on-air output should fail. The whole rack itself has a complete bypass so that an AirBox can go straight to the output if required. The monitoring of the two (main and backup) AirBoxes and the final output is provided by SlingBox as an IP stream back to Fox in Italy, where all three outputs (from two AirBoxes and the Smart Switch) can be seen. The entire system has SNMP monitoring of all consistent parts. This data comes back to an HP Omniview which can be used at Fox in Rome or at its disaster recovery centre in Los Angeles.

Other services offered by standard PlayBox modules are also a part of the package. For example, where subtitling is required the media then has a subtitle file attached to it. The SNMP monitoring reports back as to whether the subtitling file is there, or not, on both the AirBox servers. SubtileBox, included with the servers, can then playout the subtitles with the programme output. This way subtitling becomes automatic and only reports if there is a problem with the file. There are four high quality audio tracks available and these can be split to offer a multilingual service.

Maurizio Raffaeli explains how FoxBox came about. “A while ago Mauro and I had the idea of a peer-to-peer network using all file-based media. Then, using the internet connections we could put the ‘machine’ anywhere and send the necessary files. Now we have the solution by PlayBox Technology and the media by Fox.”

Today there are FoxBoxes providing customised promos and commercials catering for three operators in Athens, Greece. Sorbel reports that, “Initially the workflow and the processes involved had to be tweaked. Now everything is working fine, integrated with our Gorilla MAM and we have the ‘legal’ compliance monitoring recordings coming back into the office.”  He adds, “We had been looking for a way to reach new remote markets in an economic way and FoxBox does just that. This is a model that we can repeat anywhere around the world that has an internet connection.”