Channel in a Box

Channel in a Box 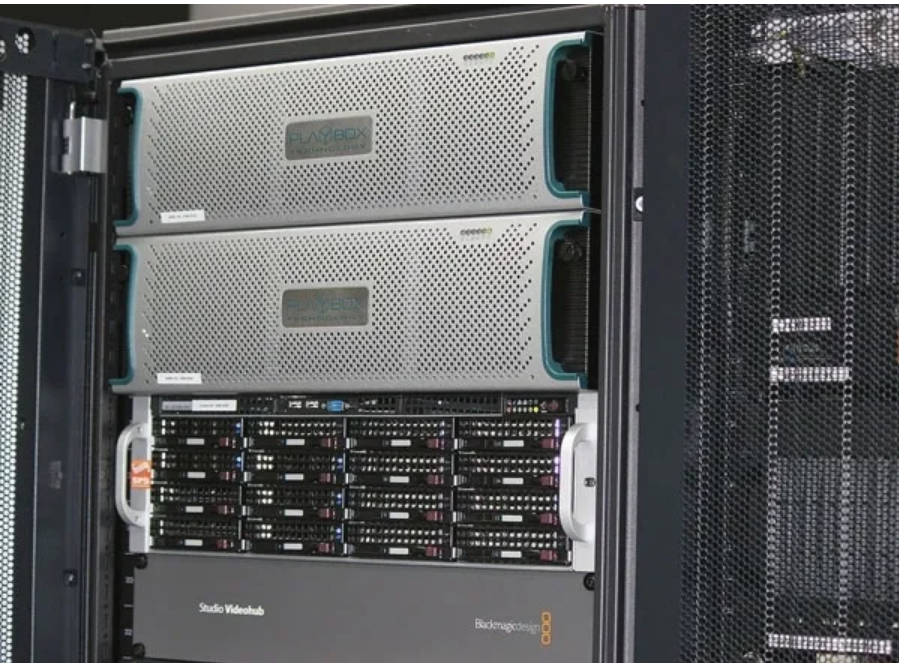 PlayBox Technology TV Channel in a Box
Why is it so hard to come up with a universally accepted definition of CiaB?

As one of the originators of the “TV Channel in a Box” term, or in the USA, “MCR in a Box” or “Master Control in a Box”, I can say the term was meant to convey that a single PC could replace the functions of video playout with branding. Typically these included the VTRs, channel automation, vision mixer, CG and graphics that, at the time, where the requirements of over 85% of the TV playout channels worldwide. As more manufacturers came into the CiaB market, they considered extra features were mandatory for the term CiaB including ingest, MAM, scheduling, etc. possibly because only their CiaB could do this. Others would consider that a client / server set up were not a CiaB as two “boxes” were required. In truth CiaB is exactly what the term was meant to represent, a cost-effective and reliable way to replace the entire master control equipment needed to playout a TV channel in one box.

Very briefly, who should consider going down the CiaB route?

Most people agree that CiaB is the future, so all broadcasters should, and most already are, going down the CiaB route for all or at least some of their channels. Maybe not all broadcasters are considering CiaB right now for their premium channels, but they most definitely are for their other value added channels.

Is CiaB only about saving money (usually by cutting out certain jobs)?

Yes and No. Yes CiaB provides a major cost saving per channel. There is also a major advantage for content owners who are now able to launch many more channels that would not have been financially viable without CiaB and creating many more jobs in the process. No, it is not about saving money per se, the same job functions that were there before CiaB are still there with CiaB. As with all things in life, the more you put into something, the more you get out of it. The TV channels that spend more money on staff to create a better on-air look will attract more viewers and get a better return on their investment from larger revenues.

Do CiaB vendors ask broadcasters what they need – or do those vendors seek to change the way broadcasters operate?

CiaB doesn’t have to change the way a broadcaster works today, however as CiaB is a flexible in workflow, many broadcasters see an advantage in making changes that create better workflows. However, requirements differ and offering a modular system means that broadcasters can pick-n-mix the features they want. As a result each system is different inside the box. But what many broadcasters often want is a complete system... and that will be more than one box!

What impact, if any, has the Cloud had on Channel in a Box?

The Cloud has a major impact, as CiaB becomes fully software centric, like PlayBox Technology, and the Cloud is perceived safe for content storage and delivery. Most content owners are looking into creating their own safe clouds that, in a way, defeats the cloud concept, but is and will be more and more used. Cloud playout may be useful for internet TV channels, but for other forms of playout such as terrestrial, satellite, cable, etc. these channels are likely to be created at a central point and better managed without Cloud playout.

Why is it that different manufacturers have different ‘do well’ functions? Is it not feasible for all to have ‘good’ graphics/scheduling/MAM?

Are we looking at a time when viewers will create their own CiaB via set top boxes? Or is that already the case using PVR?

I don’t see this happening for quite a few years. The functionally already exists in YouTube where you can create your own channel and yes some people record the programmes they want to watch on their PVR and play them back when they are able. But still the vast majority will want to switch to a channel and watch TV. Many viewers don’t even know the title of a programmes to schedule it, unless they first see it on TV.

Is it feasible that ‘main stream’ channels (for example BBC1 in the UK) can be run via Channel in a Box equipment?

Along similar lines, does CiaB work if you have to tear up a schedule at the last minute because a sports event has overrun?

Yes, PlayBox Technology CiaB can and does work in a live environment as well as working with Live News.

We talk about Channel in a Box as a singular term, but in reality many channels can run out of the same box. Is there a viable limit to that number?

It is usual for one channel to playout from one box, however it is now becoming more common for two or three channels per box and running two boxes for full redundancy. Also as PlayBox Technology is Software Centric when IP streaming and there can be 10 or more channels in one box, if required. It is also usual to add extra boxes when extra channels are required i.e. 100 Channels will equal 100 boxes with say 10 more boxes for full back-up / redundancy for the 100 channels. CiaB is very modular and easily scalable.

Who should operate the CiaB at a playout facility? Is it a graphics person, a scheduler, an IT person – or is there a new position “CiaB operator” who is expert in all these functions and understands all the software languages associated with the functions?

I think the same as for many years, the Playout Operator. I don’t think CiaB changed this, Automation created this position as many of the functions when automation arrived were sent to

Does the concept of CiaB blur the previous distinction between mainstream television and Internet only channels?

No, far from it, CiaB has made many channels today viable and allow a single channel

Many playout contracts end in 2014. Will this have any impact of CiaB innovations for more competitive tenders in the new round of negotiations?

I think today more broadcasters are run by accountants

Does CiaB have a future in its present form – or does it need any radical rethinking?

CiaB has a good Short and Mid Term Future, in the long term there will need to be many radical changes as viewing habits change and content delivery methods increase. PlayBox Technology, have been developing their products for over ten years and with many thousands of systems and users giving enormous amount of feedback to R&D that will keep us ahead of the game